Get fresh music recommendations delivered to your inbox every Friday.

by The Dutch / Son of Han 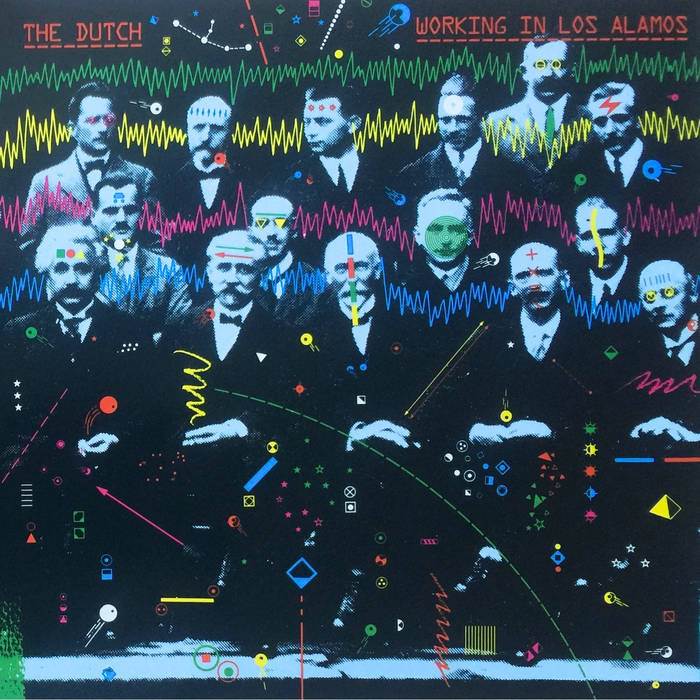 Working In Los Alamos was released in 1982. It was the first mini-album by The Dutch, before "This Is Welfare" and "Under The Surface", the two albums released by Epic. It is a mixture of studio and live recordings. The album is re-released after being wonderfully re-mastered by Wout de Kruif, with two bonus tracks from the same period added to the original five songs.

The cover art was made by Toon Michiels †. The photo was taken during the famous Solvay conference in 1927.

The lyrics of Working In Los Alamos part 1 and 2 are about the Manhattan Project, during which scientists developed the technology that created the atom bomb that destroyed Hiroshima and Nagasaki in the Second Worldwar.

This back catalogue album is re-released digitally as part of the resurrection of The Dutch, after a lot of hard work by producer Wout de Kruif. We hope you enjoy it and if you do, drop us a line on Facebook (thedutchband), Twitter (@thedutch6) or what have you.

Also check out Four, the new album by The Dutch, on Bandcamp: thedutch3.bandcamp.com/album/four

The Dutch / Son of Han Netherlands

The Dutch is an Amsterdam based pop group.
In May 2018 the band's fifth album Werkman is released, dedicated to the Dutch artist circle De Ploeg (the Plow).

Get all the information you need at thedutchband.com. ... more

The Dutch / Son of Han recommends:

Bandcamp Daily  your guide to the world of Bandcamp